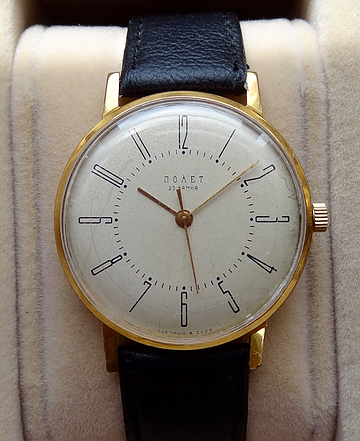 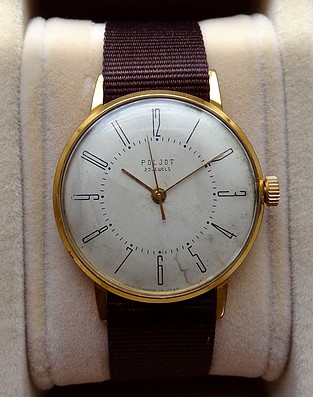 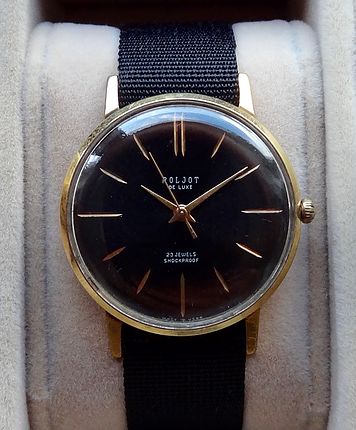 As you can see the Poljot De Luxe is pretty much the same as the Vympel watch.

As you can see most of the watches stayed the same (minor changes) only the brand name changed to poljot. So Poljot was born when the 1MWF brands were consolidated. The movement logo for the Poljot watches changed to the 1MWF pentagon logo.From 1963 on, the logo didn’t change on any 2209 movements from 1MWF. It was always the pentagon logo. The font on the dial changed over time: first serif, then sans-serif, then others. 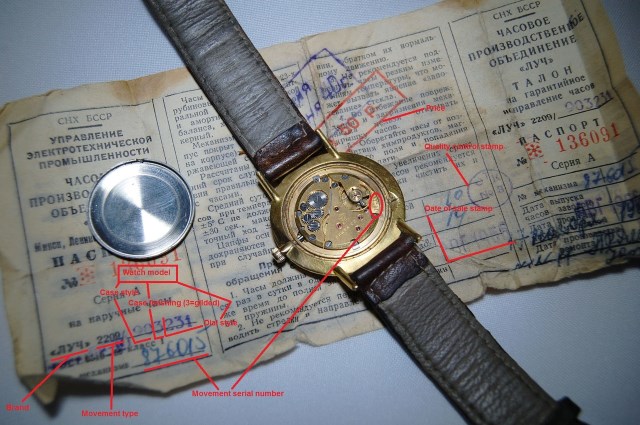 On the day of purchase the new owner received a watch passport (paperwork) that provides proof of purchase, general information (see pics for explanation) about the watch. It was also a certificate of warranty with the conditions described on the back of the passport. On the far left side of the passport (missing here) is a Ticket n1 part, which was required for any warranty repair. It is very rare to get a watch with paperwork especially if the watch is in a good condition as well.
For more details please refer to the following thread

Note: Many thanks to Dashiell which provided some of the Poljot images.